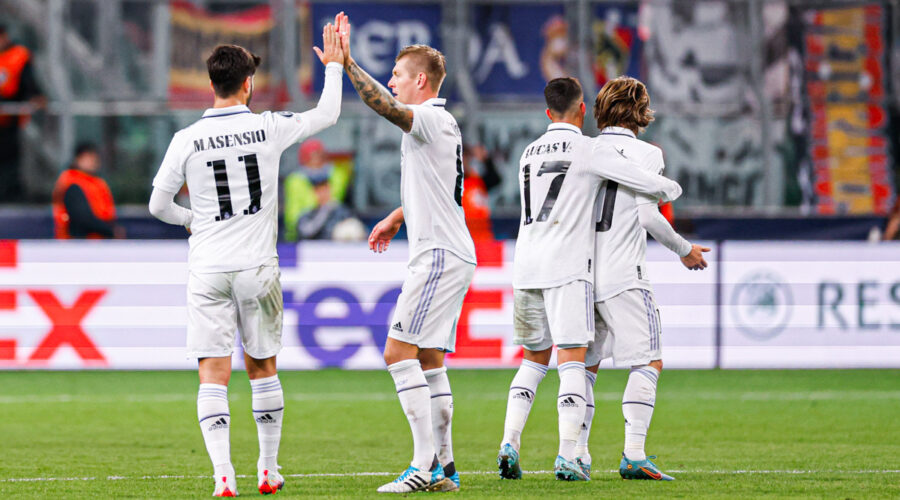 One of the most awaited fixtures around the world, El Clasico is set to be played at the Santiago Bernabeu this Sunday evening.

Both Real Madrid and Barcelona have made an unbeaten start to their league campaign this season and quite interestingly at this point with 8 games played, both are tied on points (22) at the top of the table.

Despite being in formidable form last season, Real Madrid suffered a humiliating defeat to a recovering Barcelona side at the Bernabeu. Manager Carlo Ancelotti will need to make sure his tactics and team are on point to avoid such a debacle and come away with the three crucial points from this venerable fixture.

In their last game, Real Madrid managed to continue their unbeaten in all competitions since the start of the season after Antonio Rudiger sacrificed his face to head home the equaliser against Shakhtar in the last minute of added time. Carlo Ancelotti rotated his team and kept the likes of Vinicius, Luka Modric, Dani Carvajal on the bench to rest them for El Clasico.

Despite Real’s woes against the Ukrainian giants, they progressed to the Round of 16 while being top of their group but for Barcelona, the group has been cruel to them like last season.

After drawing 3-3 in a hotly contested match against Inter Milan, Barcelona now face a potential relegation to the Europa League as they are now three points off R16 qualification. The Catalan outfit still has a chance to progress through to the knockout stages but if Inter grabs a win in their next UCL game against Viktoria, Xavi’s men will become a Europa League outfit for this season.

For Real Madrid, Dani Ceballos is set to remain on the sidelines with a long-term injury.

Race against time as Thibaut Courtois attempts to recover fully for the El Clasico after getting affected by Sciatica. Otherwise, Andriy Lunin is set to continue in between the sticks.

Antonio Rudiger has rejoined the team in training before El Clasico but Eder Militao is likely to get the nod over the German defender alongside David Alaba.

In form Toni Kroos, Luka Modric and Aurelien Tchouameni are set to retain their places in the starting lineup.

Fede Valverde is expected to start from the right flank replacing Rodrygo.

Alejandro Balde is expected to replace Jordi Alba at left-back who is going through a sticky spell at the moment.

Jules Kounde is expected to start over Gerard Pique in defence alongside Eric Garcia. 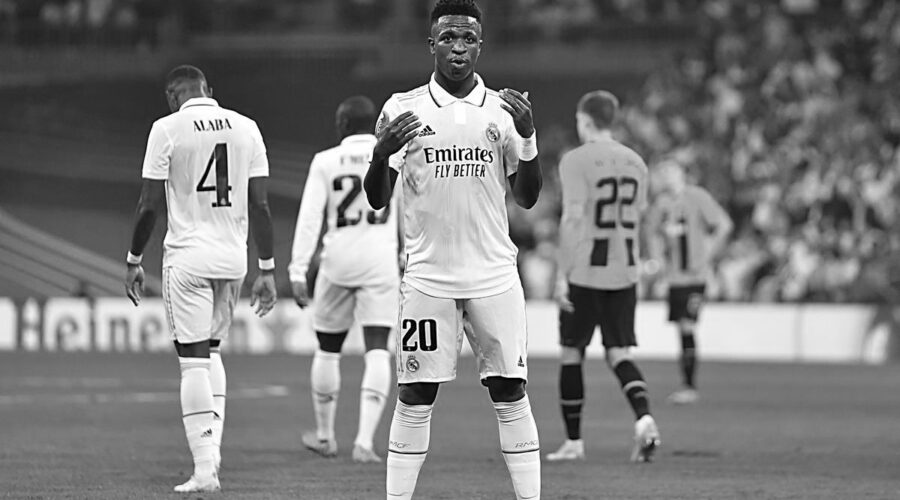 The current UCL holders, Real Madrid will set themselves up to continue their perfect win record in the Champions League as they visit Poland to face Shakhtar Donetsk in Matchday 4 of the top-flight European competition.

Both sides involved will face other only one week later of their previous matchup — which ended in a 2-1 victory for Real Madrid. In their defeat at the Bernabeu, Shakhtar showed tremendous character after conceding early and kept the scoreline respectable after last season’s debacle.

Real Madrid currently sits at the top spot in Group F of the Champions League with 9 points while Shakhtar secure second place with 4 points.

Carlo Ancelotti’s side will secure their qualification for the knockout stages if they come away with a win against the Ukrainian giants.

Shakhtar manager Igor Jovicevic is expected to name an unchanged eleven as his team has not been in action after their defeat at the Bernabeu.

Viktor Kornienko is the Ukrainian outfit’s only player to be out of this match with a long-term injury. Mykhailo Mudryk, Taras Stepanenko and the goalscorer in the last matchup between the two sides, Oleksandr Zubkov are expected to retain their places in the starting lineup.

Meanwhile, for Real Madrid, Karim Benzema got his much-needed rest to fully recover from a slight injury in Real’s last match against Getafe.

Goalkeeper Thibaut Courtois is set to be out of this fixture with Sciatica. 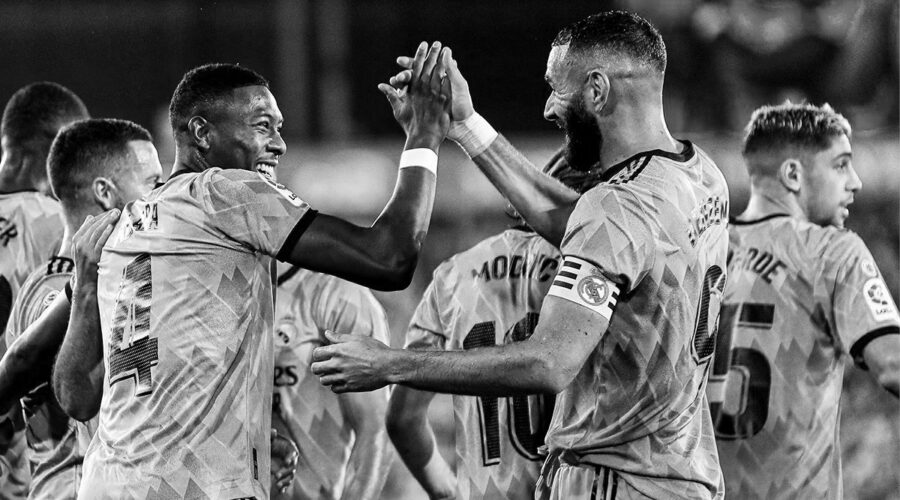 Real Madrid will look to stretch their perfect record in all competitions since the start of the season as they return to action against Osasuna in Matchday 7 of the La Liga.

Los Blancos has the upper hand in this upcoming fixture after dismantling their rivals Atletico Madrid in their previous match while the visitors suffered a 2-0 defeat to Getafe in their last league outing.

Carlo Ancelotti will have the talismanic Karim Benzema back on the squad list who is expected to start from the bench. The attacking trio of Fede Valverde, Vinicius Jr and Rodrygo will look to continue their fine run of form after their exemplary outing in the Madrid Derby.

Real Madrid have scored at least two goals in each of their fixtures this season across all competitions and will look to continue their quintessential goalscoring form but at the same time, Real’s defensive vulnerabilities have been exposed owing them clean sheets in most of their wins.

Meanwhile, the visitors enjoyed an upright start to the season, sitting fifth in the league standings but the defeat to Getafe has left a bitter taste.

Despite their frailties in their last league fixture, they came back with a win, scoring two goals against Real Valladolid in a friendly match during the International Break.

Osasuna have managed to hold Real Madrid to two 0-0 draws in the last two seasons. But they have now gone 16 games without a win against the champions in all competitions since edging 1-0 in January 2011.

Real Madrid is expected to dominate possession as well as set the tempo of the game with the like of Toni Kroos starting. Luka Modric will be out of this match due to a muscle overload and Real’s sufferings are well known when the Croatian is absent. As Benzema is in contention to come on from the bench, the trio of Vini, Rodrygo and Valverde will need to establish a strong start in order to reduce the strain on the recovering Frenchman.

Osasuna have worked hard to sit fifth place and they always set up quite the force to destabilize the opponent’s midfield. Jagoba Arrasate will need to orchestrate his men to keep their cool after a hot-tempered clash against Getafe.

Real Madrid have Chelsea where they want them: Can they finish the job?

Real Madrid have Chelsea where they want them: Can they finish the job? 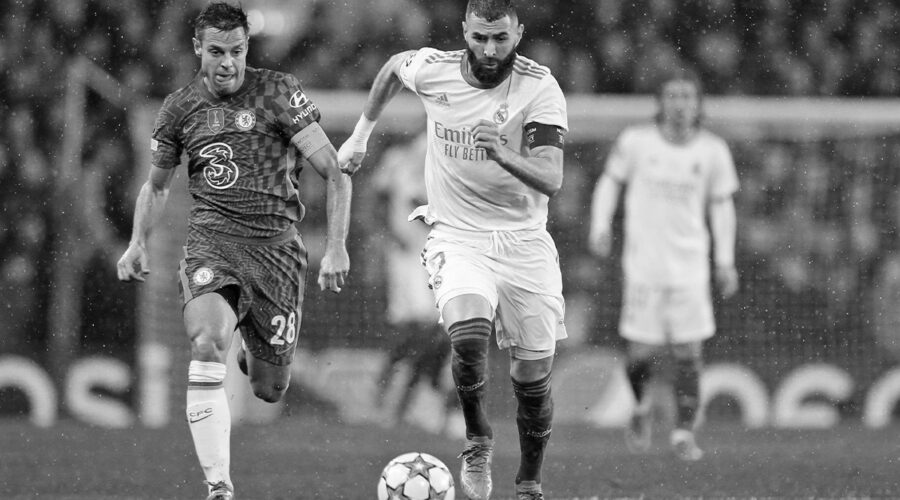 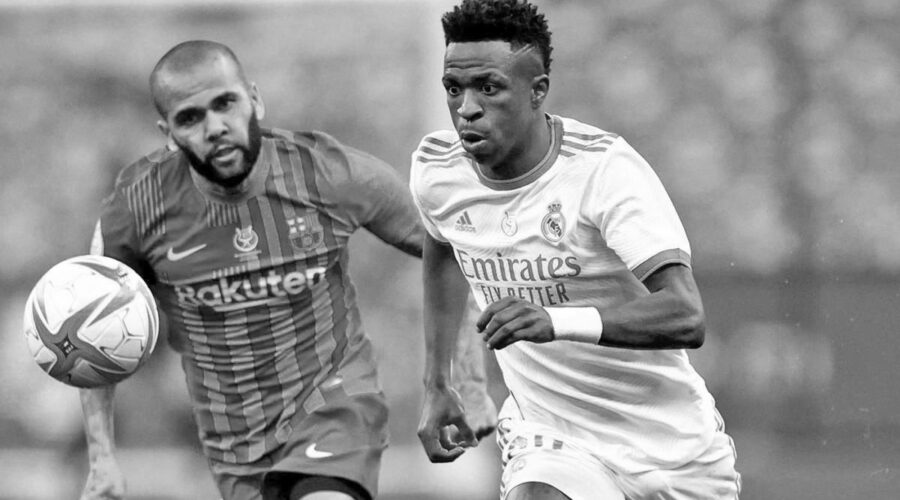 After producing an awful performance against French giants Paris-Saint-Germain in the UEFA Champions League on Tuesday night, Real Madrid return to the Santiago Bernabéu tomorrow (19th February) to attempt and get back to winning ways. Los Blancos will square up against relegation-threatened Deportivo Alavés in their twenty-fifth matchday of the season.

Real Madrid failed to score a goal in their last two games and a ‘cowardice’ display in the Champions League have left Madridistas agitated with Ancelotti’s tactics and team selection. Ancelotti was caught in the act of tactical failure at the Parc des Princes by Florentino Perez, and speculation has since been rampant that Perez has put direct pressure on the Italian boss to turn things around soon to avoid the ‘sack’.

Alavés has not been in good form recently as they currently stand 18th in the league table, four points away from safety. With a win in their recent fixture versus Valencia (2-1), Babazorros El Glorioso has their confidence high to snatch all the three points from the Bernabeu and make two consecutive wins, the last which they achieved in October of 2021.

Real Madrid travelled with a fully fit squad to Paris and things are expected to remain unchanged on the squad list against the basque outfit. Karim Benzema and Vinicius Jr. are expected to start and use this ‘comfortable’ fixture to end their goal-droughts.

There had been questions over Mendy’s fitness during the previous game and Marcelo or Miguel can be expected to start over him.

The fatigue was clear on the faces of Modric, Kroos and Casemiro in the midfield against the French side and Ancelotti may use this fixture to make heavy rotations and find the potential of his squad depth.

Real Madrid may seem in a little bit of trouble concerning form but they should be able to dispose of Alaves comfortably. Attackers Benzema and Vini are desperate to find a goal that may steer Ancelotti’s men to a victory. 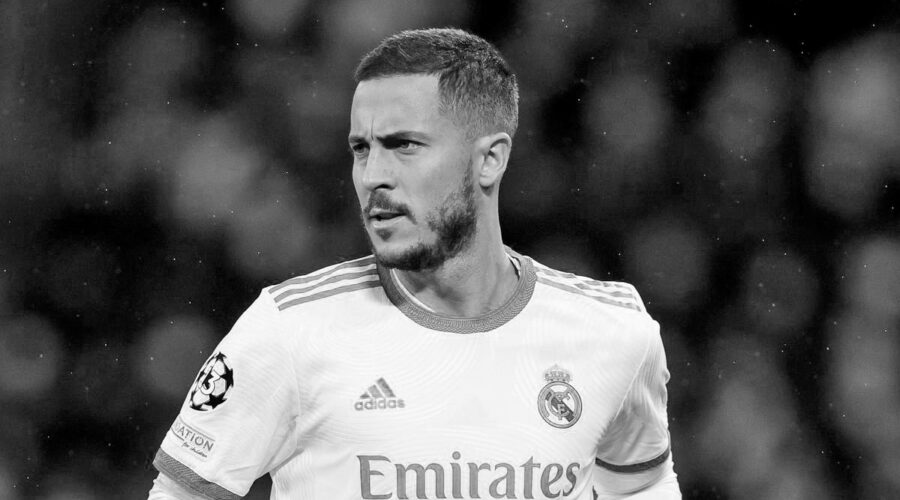 Real Madrid face Cádiz with their starting XI affected by COVID-19. It seems that Eden Hazard will get his chance to regain Ancelotti’s confidence. 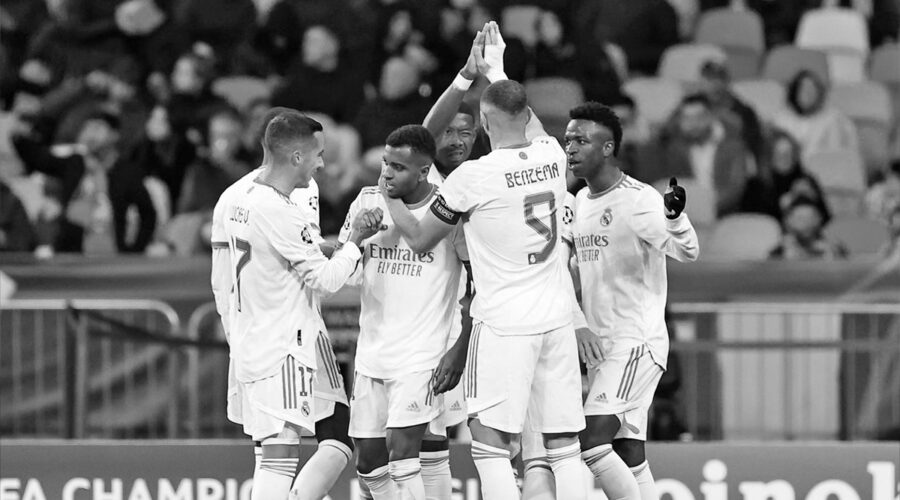 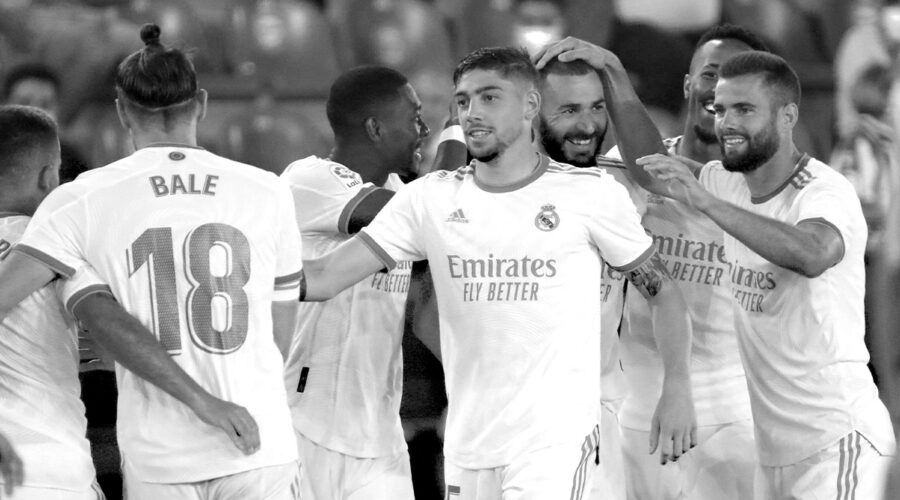 On our 2nd matchday of the season, Real Madrid will be traveling to Levante to face them at the Estadi Ciudad de València on Sunday.